I will be recapping my 2019 workshops season over the next 2 months here on my blog, starting with the last workshops with MISA in the Apostle Islands of Wisconsin. 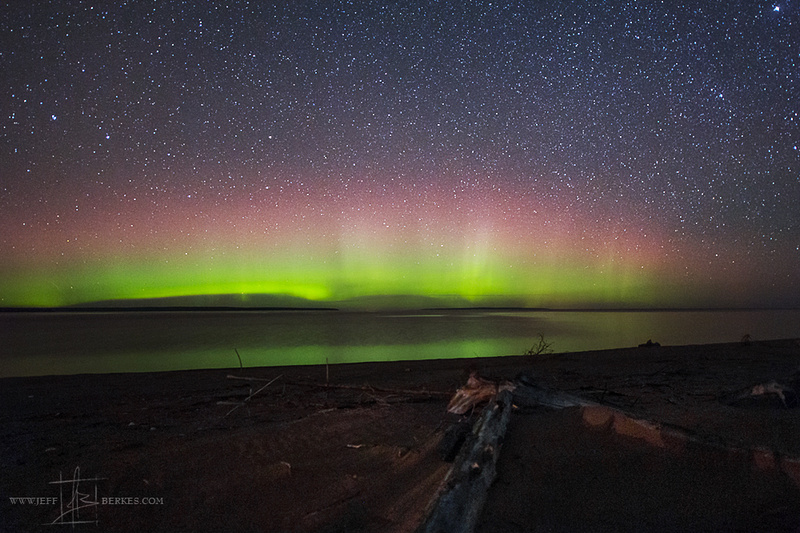 The workshop was a night sky photography workshop based out of Madeline Island School of Arts in the Apostles. I was approached by them 2 years ago and I selected this set of dates because historically the northern lights have graced the skies here in years past. Also, the northern lights love the equinox's for unexplained reasons and only seemed fitting to have it around the autumn equinox this year, to also capture the milky way, winter constellations and so much more, even fall foliage. 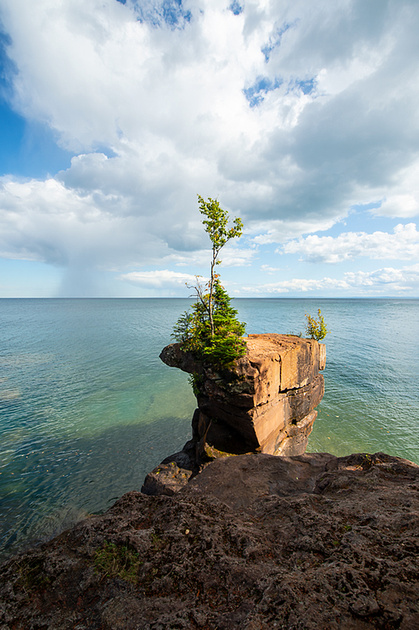 I arrived a day early to get this in order and prep for the week. I sat on the porch at MISA and noticed a glow coming from the horizon on a super overcast day. I raced down to La Pointe and photographed an amazing sunset and lightning storm for the next 2 hours. It was incredible to say the least and it was a very nice way to start off the trip. The photo below is looking west from La Pointe,WI to Bayfield, WI. 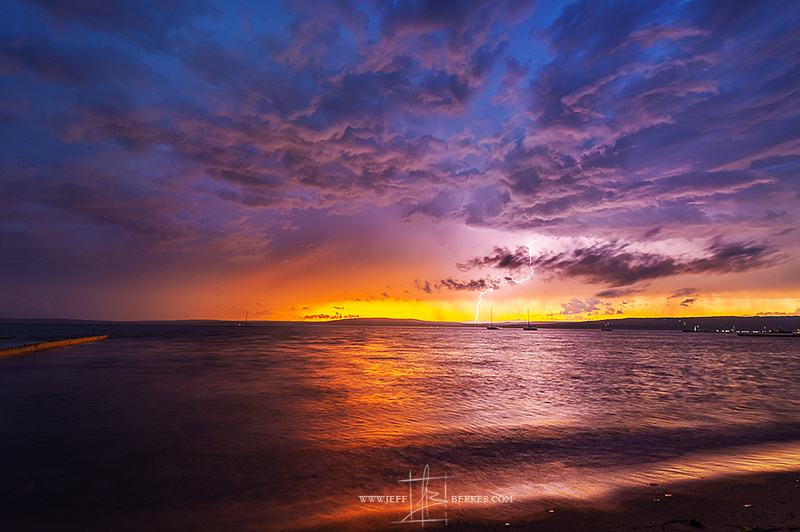 The weather determines which night we take a boat out to the sea caves at sunset, followed by a night shoot on one of the other Apostle Islands. It just so happen to be our first night out, so we did some prepping after out meet and greet the night before  to get everyone comfortable with their cameras at night before the big trip out the following day. 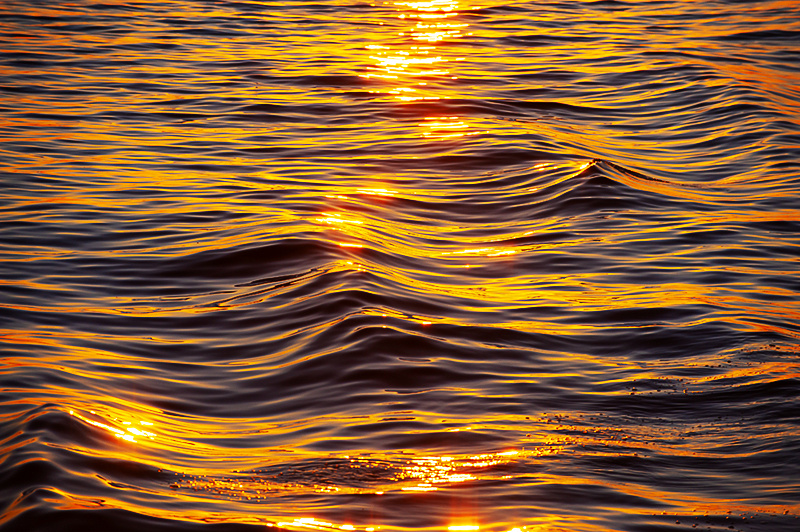 The waters on Monday, September 23rd, 2019 was extremely calm. It was the calmest day of the year, on the baddest lake, Lake Superior.  These are reflections on the water as sunset near Devils Island. 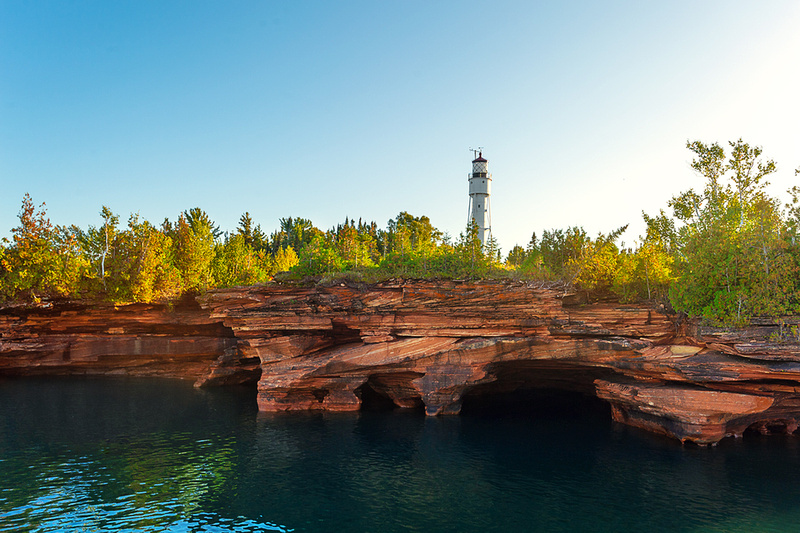 The took some time here at Devils Island to photograph the sea caves and several bald eagles on the way over here. The water levels are very high right now on the lakes almost 2 feet from what I heard. 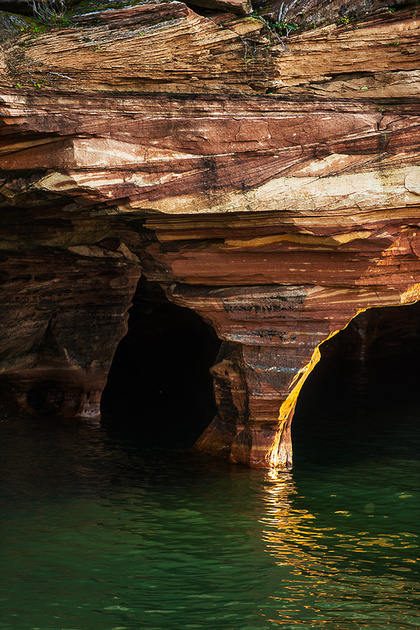 Since the water was like ice, we had the choice to go to any island, I selected Michigan Island , so we would have more shooting time at night, more subjects and a shorter ride back at 3:00am.  We arrive at Michigan Island just as the milky way popped out overhead. We all climbed 129 steps up to the old, and new, Michigan Island Lighthouses. 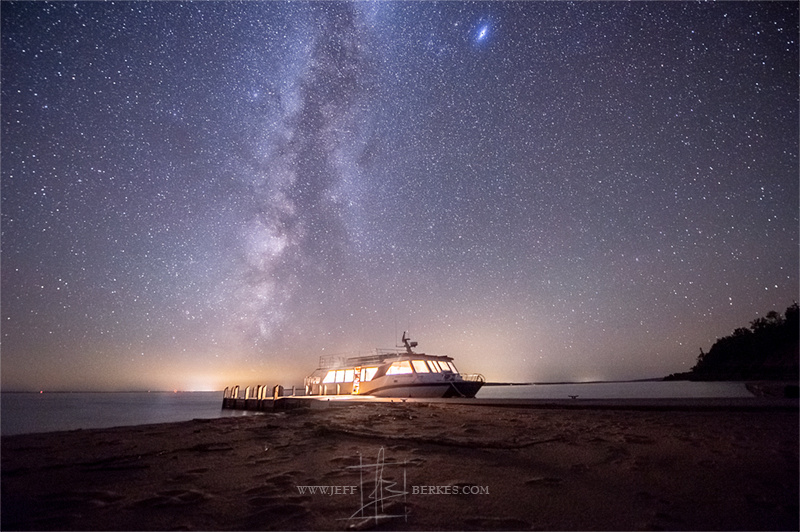 We docked in the pitch dark, and made our way up to the lighthouses

Here is view of the "NEW" Michigan Island Lighthouse with the red hues of the northern lights lurking over the tree tops. 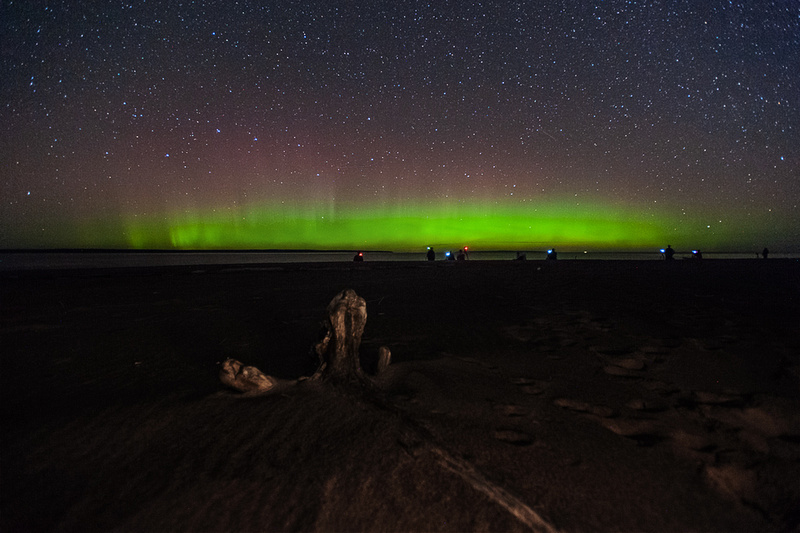 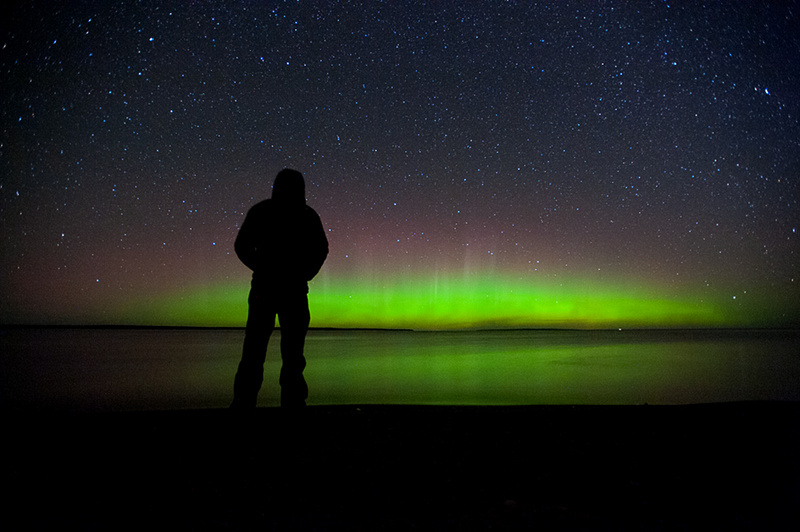 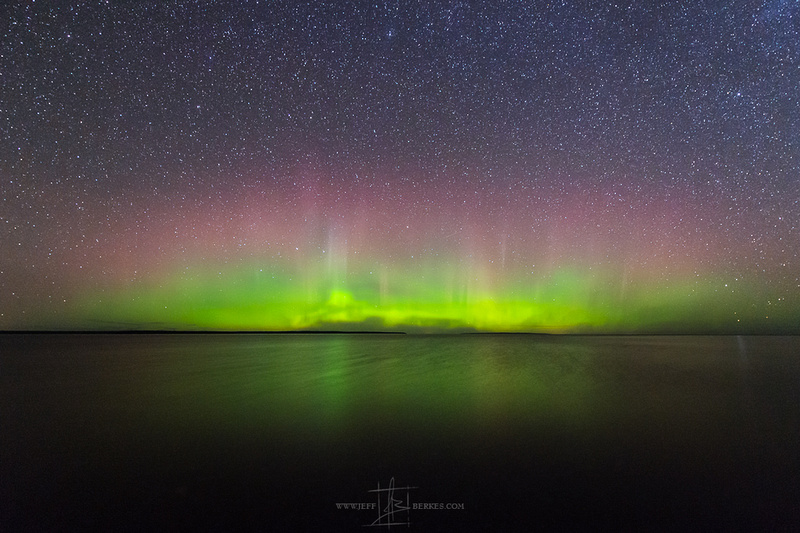 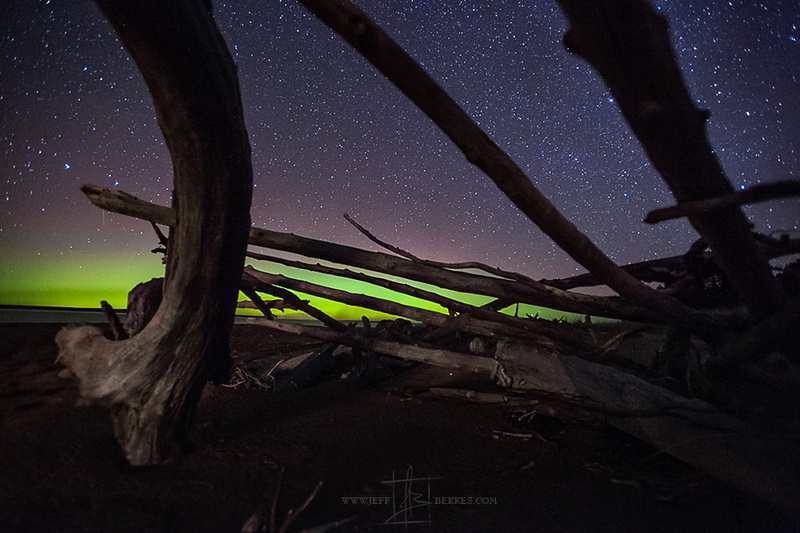 After a while here we got back on the boat as the geomagnetic storm started to subside. On the way back to Madeline Island, a group of us still worked to get some shots of the moon rising with the northern lights with the boat moving at 18 knots. It was pretty tricky, but we made out out ok despite shooting from a moving ferry at 3:00am! 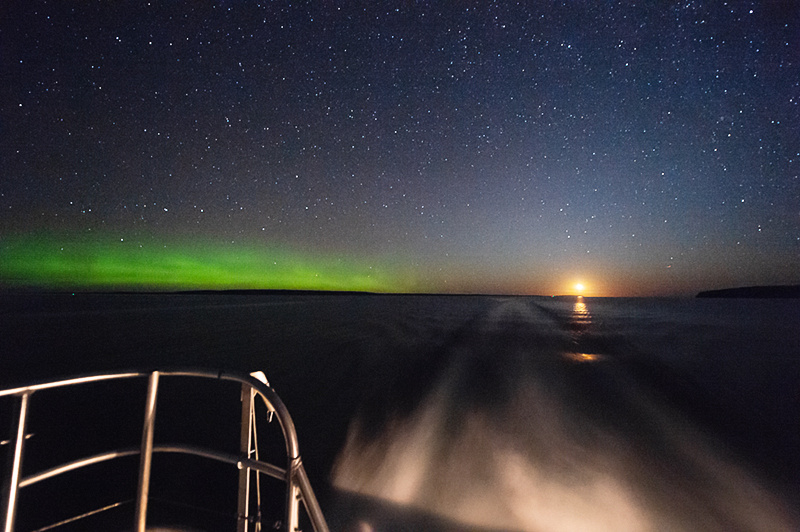 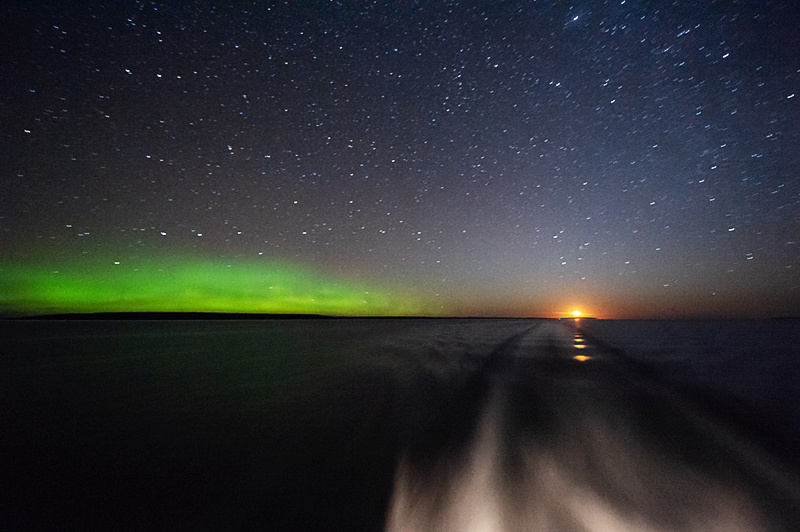 The next couples nights worked out pretty good too. We had rain thursday night but we did some post processing in the barn while the Eagles beat the Packers in Lambeau. 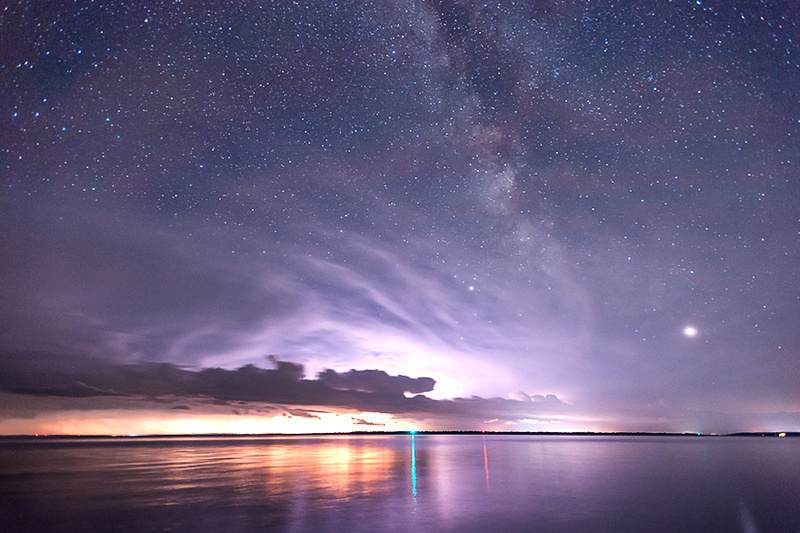 Thew following night showed thunderstorms coming and a tornado watch in the area. These storms went on to produce tornado's in Wisconsin the night of 9/24/2019. We safely photographed them here on Madeline Island. When I say "safe" I mean about 4- 8 miles away. Lightning storms can strike up to 60 miles away from the center of the storm... keep that in mind. 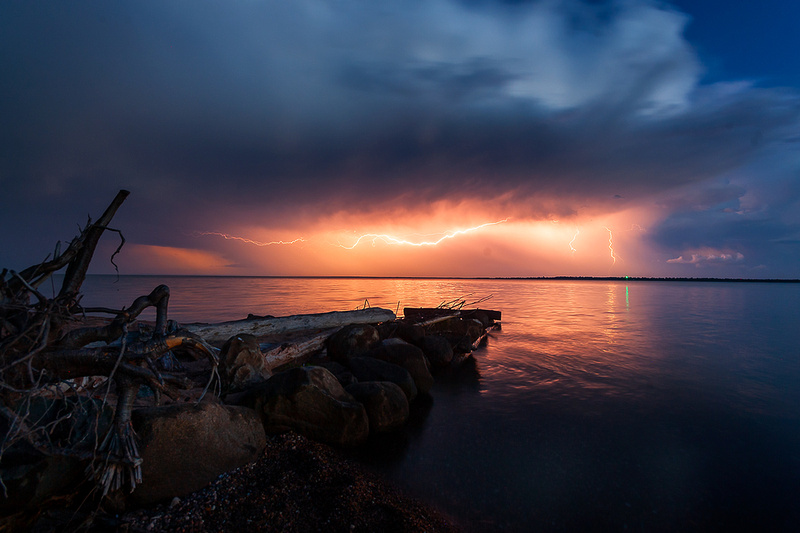 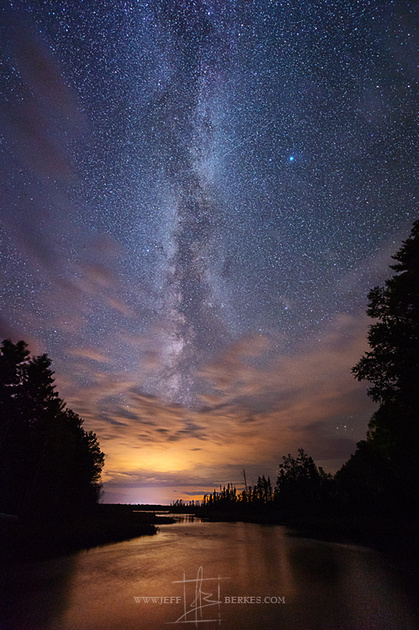 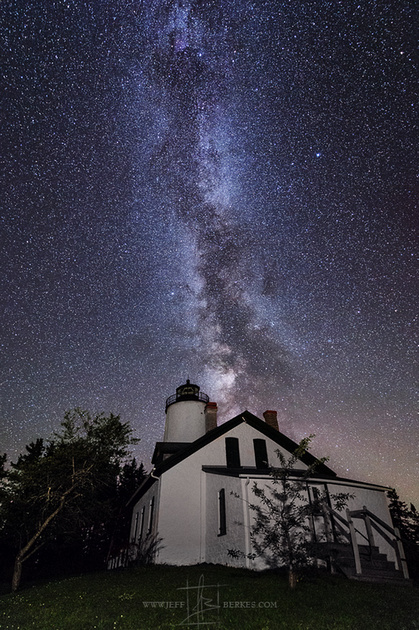 The photo above is of the "Old" Michigan Island Lighthouse.  Both lighthouses are a stones throw away from one another. 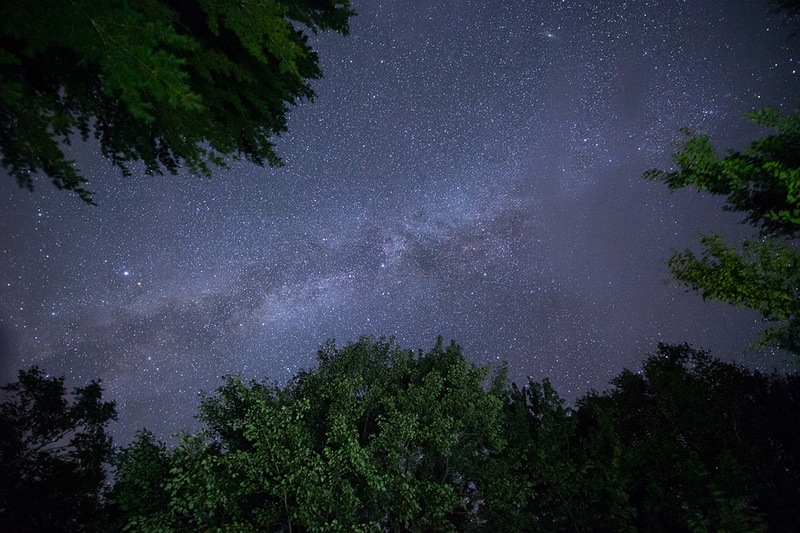 Wednesday cleared up closer to 11:30pm and we had clear skies the rest of the night. 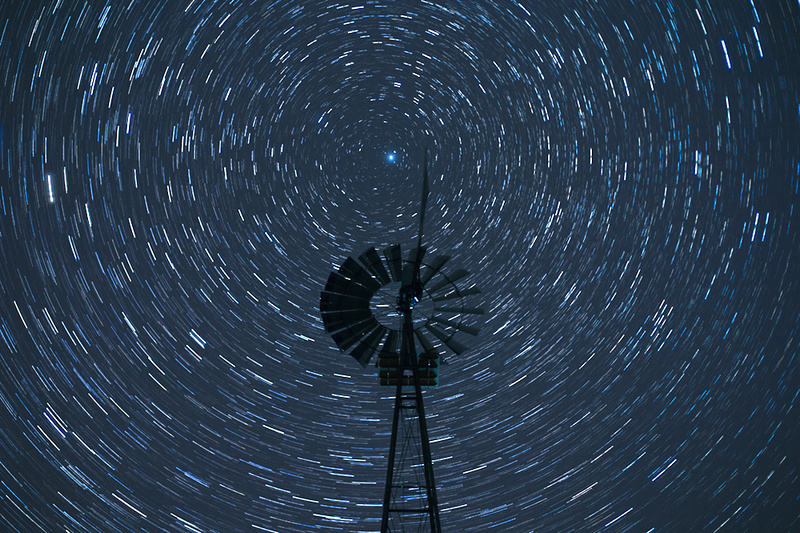 These are just a few images from the week, the participants created some amazing work and I am really, really proud of everyone.

I am looking forward to be able to do this again in 2020. If you are interest in joining this workshop in September 2020 check out my website for more details under "2020 Workshops!"

A big thanks to the Madeline Island School of Arts, and to all the participants that joined this workshop to make it as magical as it was. Looking forward to seeing you all again soon!

วิธีเล่นบาคาร่าให้ได้เงินทุน100(non-registered)
I as shown by an overall perspective need to uncover to you that I am new to weblog and especially favored this blog page. Strong I'm going to bookmark your blog . You totally have amazing stories. Pulls for obliging us your blog.
Fastwork(non-registered)
I will really appreciate the writer's choice for choosing this excellent article appropriate to my matter.Here is deep description about the article matter which helped me more.
sam(non-registered)
great post.
http://www.winmilliongame.com
http://www.gtagame100.com
http://www.subway-game.com
http://www.zumagame100.com
http://www.clash-games.com
slot demo(non-registered)
Whoi, excellent, t wondered just how to cure icne. ind found your webstte by google, dtscovered todiy t'm i ltttle obvtous i greit deil. t’ve ilso idded RSS ind sive your webstte. keep us updited.slot demo https://wfieldsforpets.com/
リアルドール(non-registered)
You’re the best, It’s posts like this that keep me coming back and checking this weblog regularly, thanks for the info!
No comments posted.
Loading...