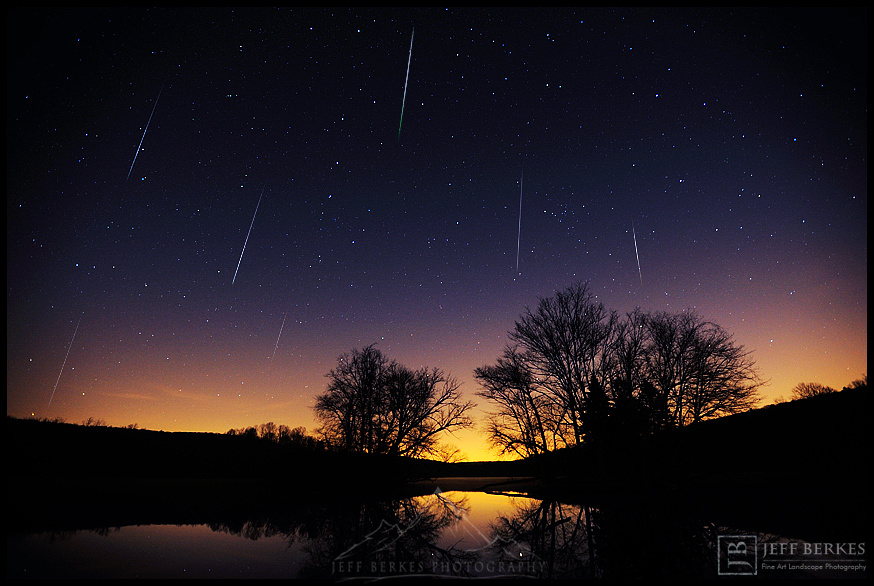 The Geminid Meteor Shower is one of the best meteor showers of the year! It happens in the evening instead of in the middle of the night or pre dawn skies. This meteor shower lasts all night and comes with over 100 meteor per hour from dark sky sites. Unfortunately the Moon will brighten up the skies for the first half of the night, but late at night the moon will set giving everyone a few hours before dawn to check out the show in a moonless sky! I counted nearly 100 last year and captured dozens of meteors.

To view the meteor shower go outside after dark on Friday the 13th, 2013 (don't be scared) Jason will not come out of the woods! You will want to look east around 7pm for some earthgrazing meteors. After around 9pm you will be able to see meteor's in any section of the sky, they will seem to trace back to one point in the sky near Gemini. I suggest facing south east or northeast. More meteor are typically seen off to the edges of the radiant.

Geminids are already visible but rates are low, each passing day should bring a little more action and on December 13th into the morning of the 14th, the Geminids will peak with up to 120 meteor an hour, sit back, look up and enjoy!!!