The last few months we have been pelted by fragments from Comets that spark these annual meteor shower. The end of the year brings the best opportunity to view these showers. Since August we have had the Perseids, Orionids, Taurids, Leonids and now the Geminids! 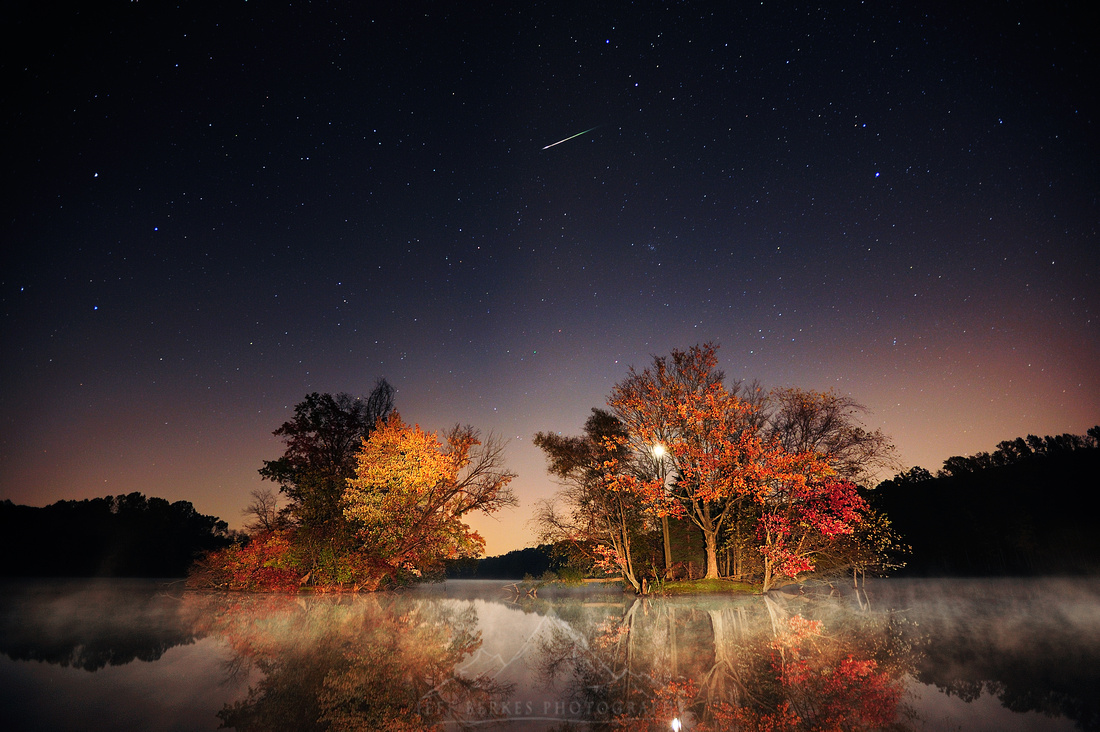 ISLANDS IN AUTUMNNamed one of the "Best Space Pictures of 2011" by National Geographic Magazine.

The Orionids of October only produce around 20 meteors per hour, but some can be bright like this one over French Creek Sate Park, PA in 2011. The Geminids can produce between 60-120 meteors per hour under optimal view conditions at dark sky locations. Unlike most meteor showers this Geminids can be viewed just after sunset into Sunday morning. 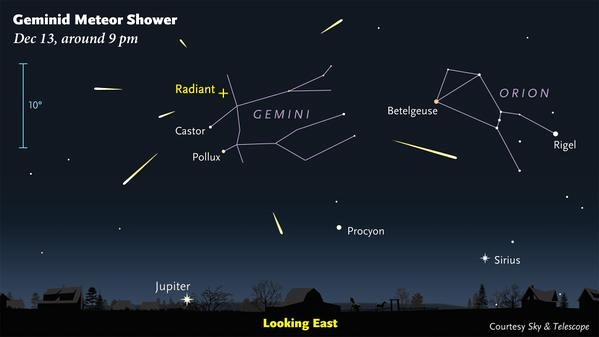 The radiant (point of origin) will rise above the horizon shortly after sunset near the constellation Gemini. This is also the best time to look for earthgrazers. Earthgrazers are meteors which skim across the atmosphere leaving very long trails in the sky. As the radiant moves higher in the sky the meteors will appear shorter and faster. Think of it like skipping a rock across a lake. Skipping a rock across water will travel further than throwing it directly down into the water. Make Sense? I would start my observation by 6pm a hour after sunset.

(Picture Above) Geminid Meteor Shower in December 13th,2012. Their are five Geminid Meteors in this 60 minute exposure taken at French Creek State Park, PA. I started this picture around 7pm and it ended at about 8pm. Around 1am on December 14th, 2012, a fireball exploded directly overhead turning night into day and left a trail in the sky for several minutes, EPIC! You never know what you will see so I suggest making a night out of it. I usually stay up all night, because I never want to miss a meteor.

Here are a few tips to capture a Geminid with your digital camera!

1.) Have ALL of your batteries Fully Charged!  Long exposures drain your battery much quicker,add the cold of winter and they will drain even faster, especially with older batteries.

2.) Use a sturdy Tripod and a cable release to minimize / eliminate camera shake.

6.) Focusing | can be tricky... set your lens to infinity or focus on a distant light or ever the brightest star/planet... When the moon rises you can use that a focus point for the sky.  If you are trying to focus on the foreground use your flashlight to illuminate your focal point.

7.) Light Painting | I never use LED for light painting. The blue light kills the pictures and to my knowledge there isn't a White Balance setting for LED. Use a regular halogen flashlight.

8.) White Balance |   This is personal preference. I have kind of fallen towards the bluer / cooler side of things.. Set you WB to Incandescent (Tungsten Lighting) If your camera has the manual WB setting try between 2900k and 3500k.. I have even found out using the fluorescent setting at night can add some magic... So my tip is.. once you get your exposure set, cycle through ALLL of the WB settings and see which one you like the most.

9.)  Find a location away from city lights with a clear view of the sky, this is really increase your chances at witnessing them as well as capturing them with your camera! 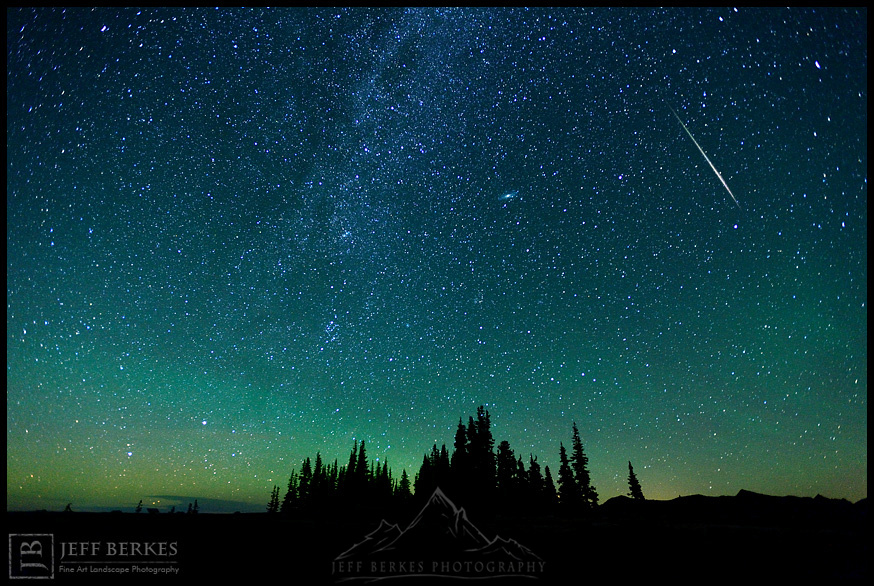 I have been shooting the night sky for 20 years now. You best chances to capturing these meteor is to NOT point directly at the radiant, but off to the side. If the Geminids rise in the east, I would aim my camera to the southeast or north / northeast... don't forget to look behind you, meteors are appear in any section of the sky.