My third Workshop of 2017 was my "Desert Southwest" Photography Workshop which ran from April 1st - April 4th 2017. Participants had the option to combine the March 28th-31st Tour in Arches and Canyonlands with this one and received a added discount as well. Four of the six participants from Arches continued on into southern Utah and Northern Arizona with me. Our First Stop, Monument Valley.

We met at before sunset and had a bite to eat at Goulding's Lodge before our night out with the milky way, as you can see, it was a great first night out. 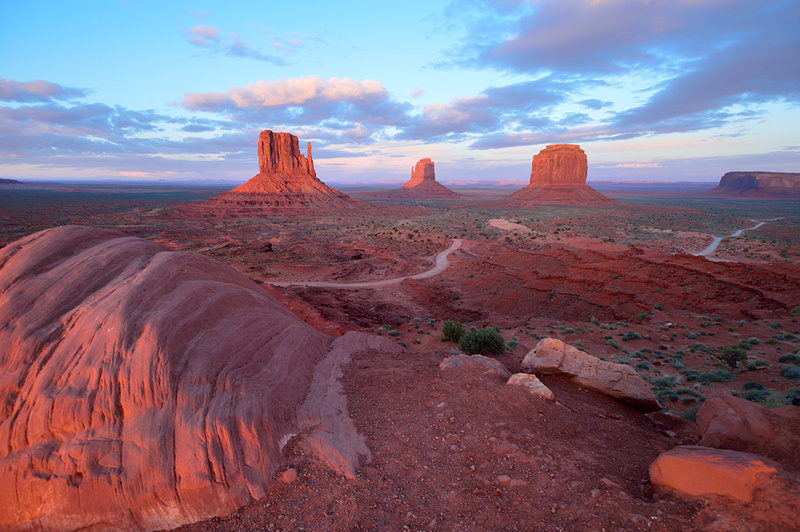 Dinner took much longer than anticipated and we all raced back to catch the last light on the mittens in Monument Valley with only minutes to spare. 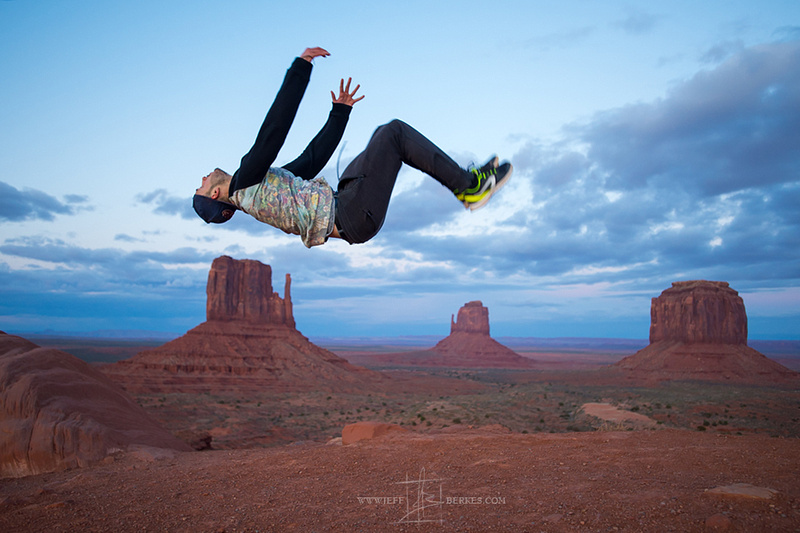 One of the great things about parks and photography is that you always meet some interesting people along the way, most people that you will see will have the same passion and love for nature and the outdoors.... sometimes all of that excitement can lead into a series of backflips at Monument Valley Navajo Tribal Park 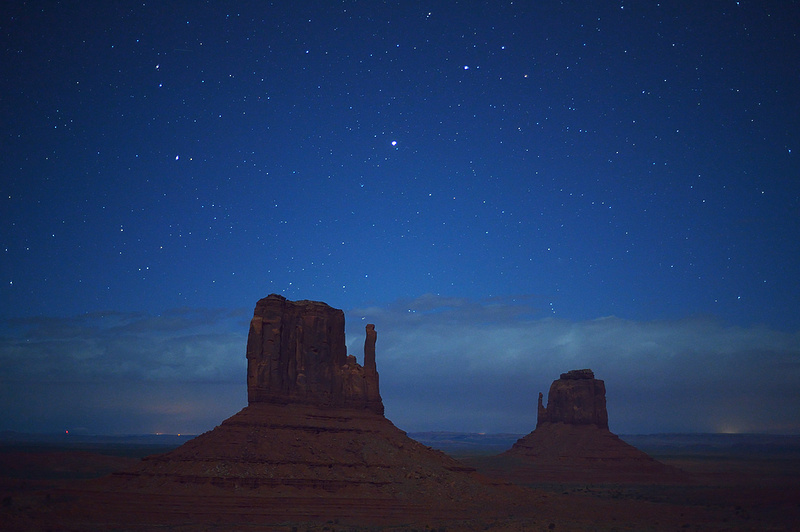 As the sun disappeared below the horizon the stars began to come out. We experimented with a few shots and went over some ideas for our milky way shoot early in the morning. We went over how to create star trails in 3 different ways and view a couple timelapse samples that I have created in years past.

This is a 2 image panorama taken at 50mm with my Nikon D4. We used the moon to illuminate the foreground in these shots.

We regrouped a few hours later to create some star trails and a panorama of the Milky Way over the valley. This is  7 single  vertical exposures stitched together to create this stunning panorama at Monument Valley Tribal Park. No moon was present. 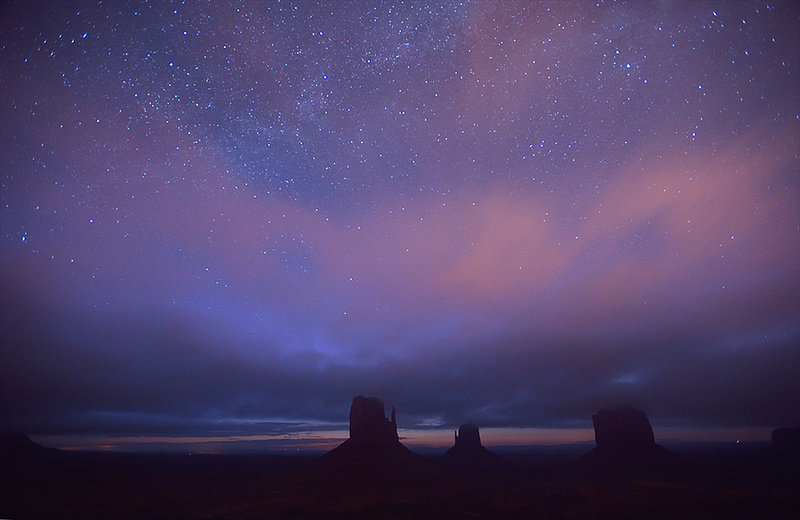 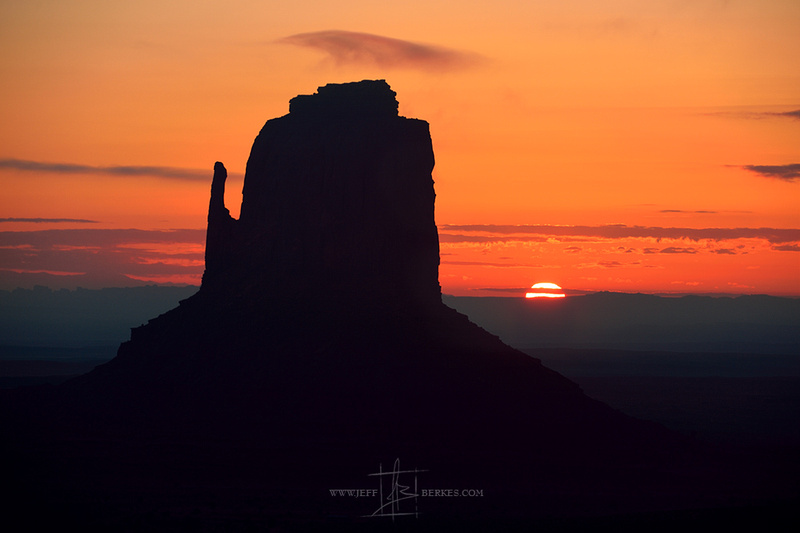 After our Milky Way session, we waited for the sun to rise with hopes of a beautiful dawn. Overnight, the temps dipped into  the low 30's, and with the dewpoints in the low 30's as well, we started to get condensation and frost on our equipment. That meant we had enough moisture in the air to get some fog and mist in the valley that morning for sunrise. We waited and were blessed with some moments of photo heaven! 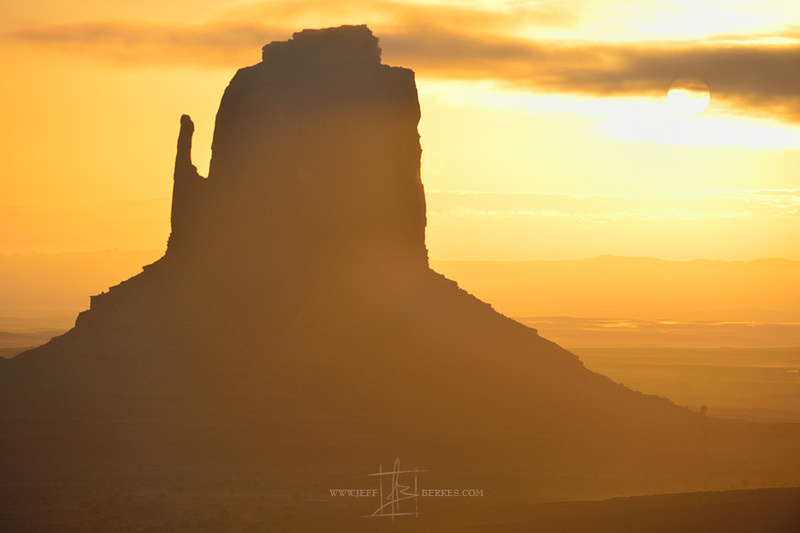 As the morning evolved the light got even better. 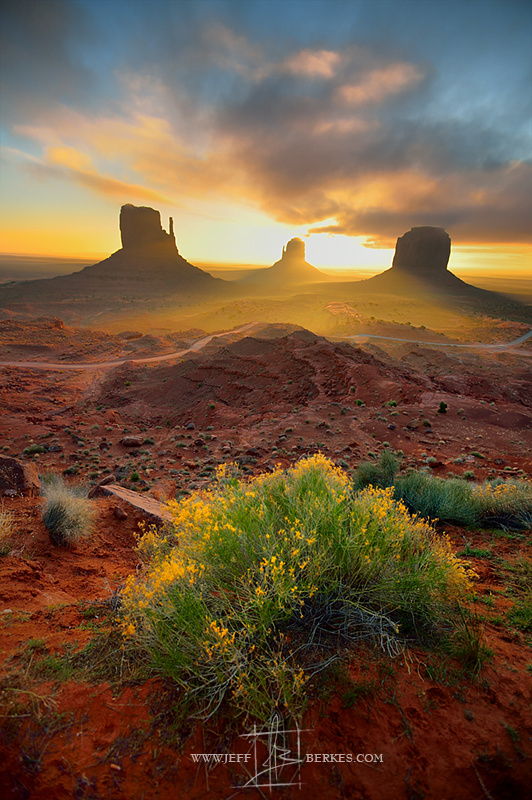 Then we saw mother nature in one of her most unguarded moments, this is why we do what we do. This is single exposure with a Grad. ND Filter. 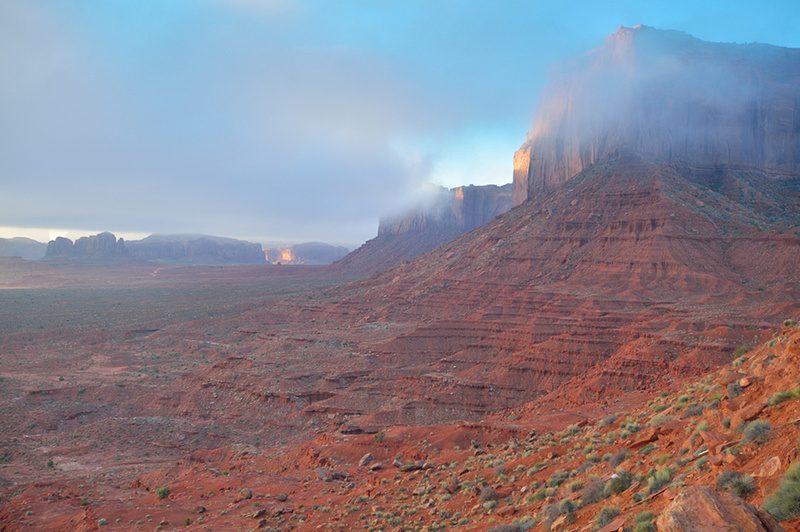 After Sunrise we got some breakfast and planned to meet up in the afternoon in Page, AZ for our Night Shoot in Upper Antelope Canyon. 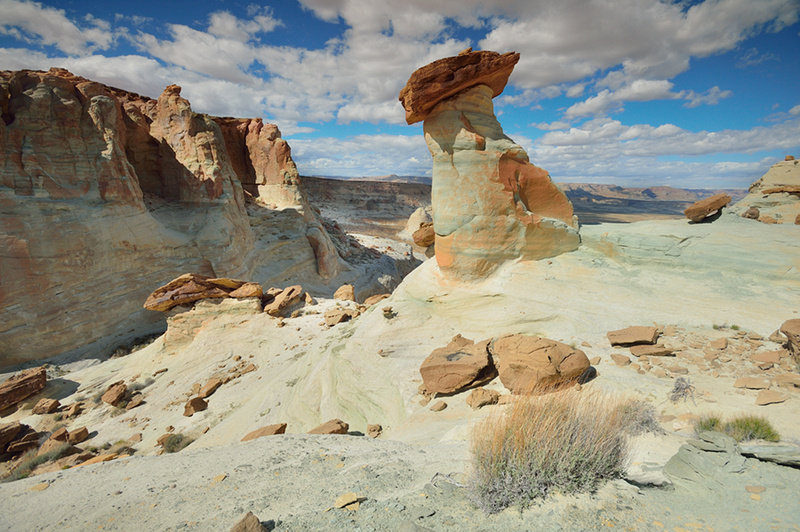 I arrived in Page, AZ earlier than anticipated and went to scout out a location that was on our list for the last night shoot. To get there you take  an unpaved road, so I wanted to see how it has changed since my last visit. 95% of the road was fine except for a 80 foot section which could possibly cause some issues for some of the drivers with large ruts and very soft soil.. The last 2 nights were mostly cloudy with rain, so we wouldn't have been able to shoot there at night with clouds and rain, the road also turned to soup.

The 2nd night shoot was postponed until the following night because of rain and clouds. The forecast for the following night had clearing, so we switched it around to make it work at the Canyon with better weather and to hopefully capture some stars. 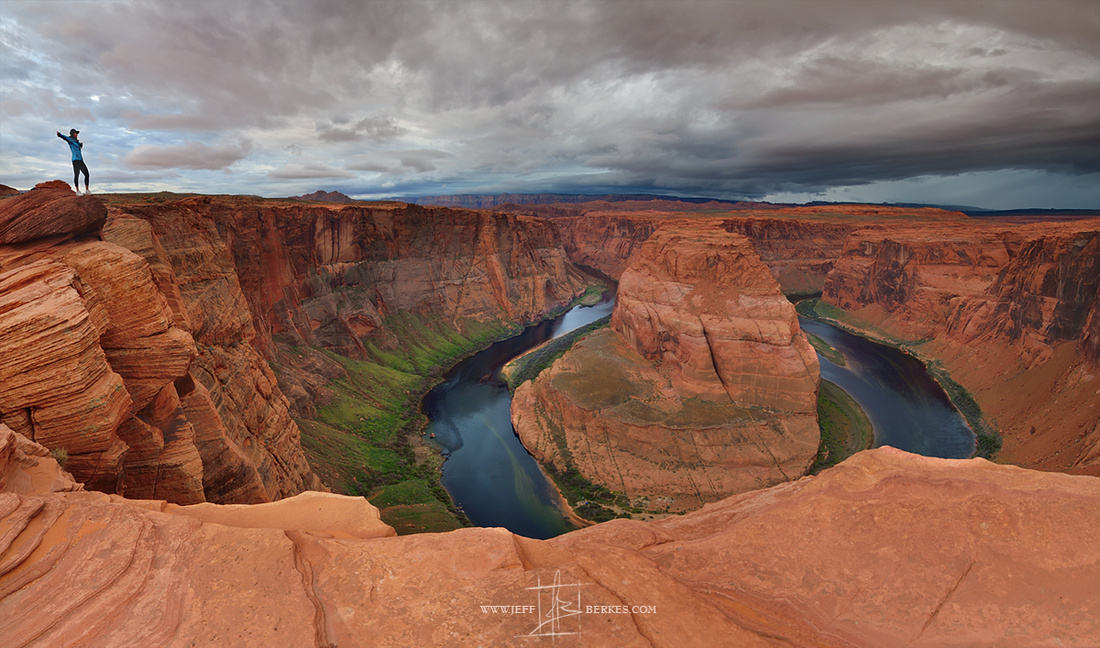 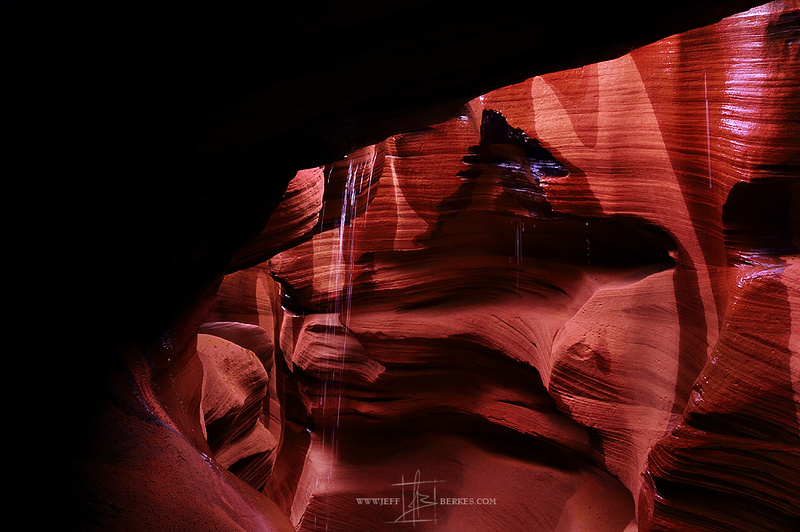 We got a good rest and met up in the morning at Lower Antelope Canyon, some decided to take a walk down to Horseshoe Bend for sunrise while a few storms started to roll in again. 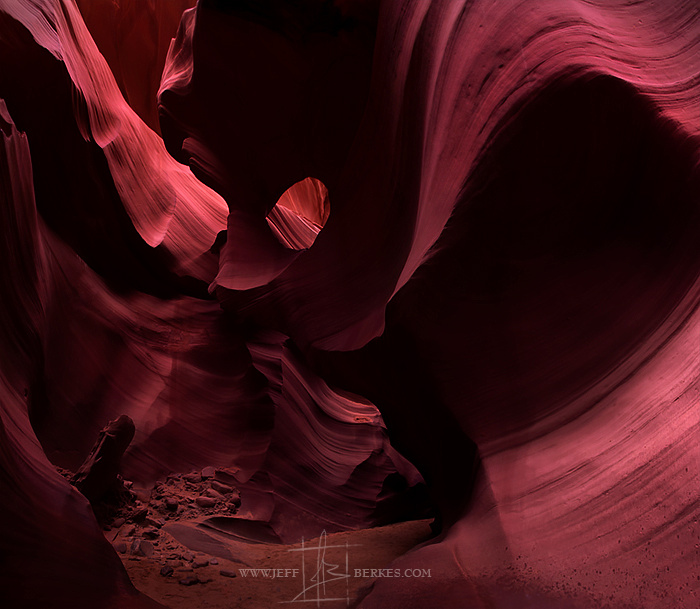 The rain began shortly after leaving Horseshoe Bend and continued for the rest of the day.  Despite the clouds and rain, we spent a couple of hours in Lower Antelope Canyon. After all, these canyons were formed by powerful flash floods, it was nice to capture them in the light that they were created in. The colors in the canyon are typically best on sunny days when the color temperature is all over the place, but as you can see, cloudy days aren't that bad either. 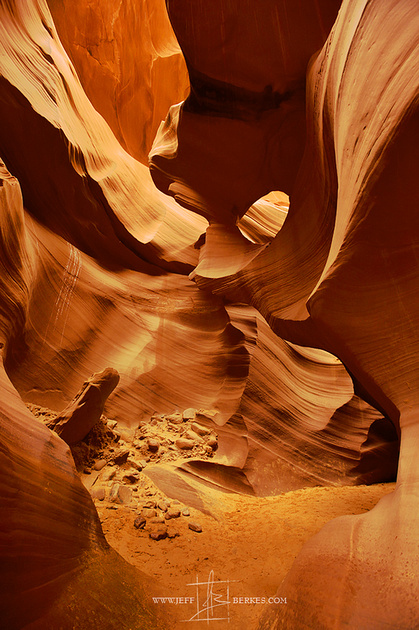 You can see here by adjusting your color balance (WB),  you can change the appearance of the color tones in the canyon and the overall feel of the photo. It's personal preference to what color palette you like the best 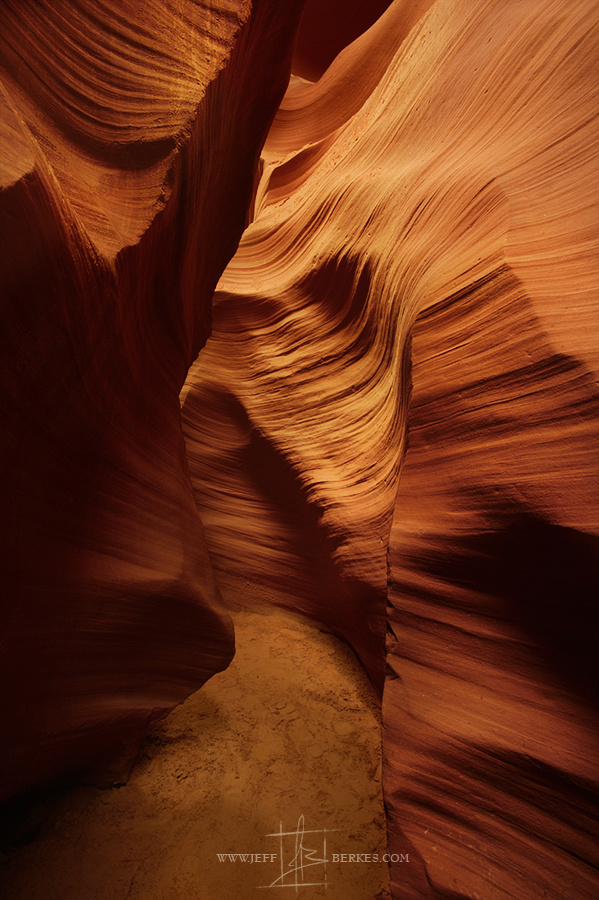 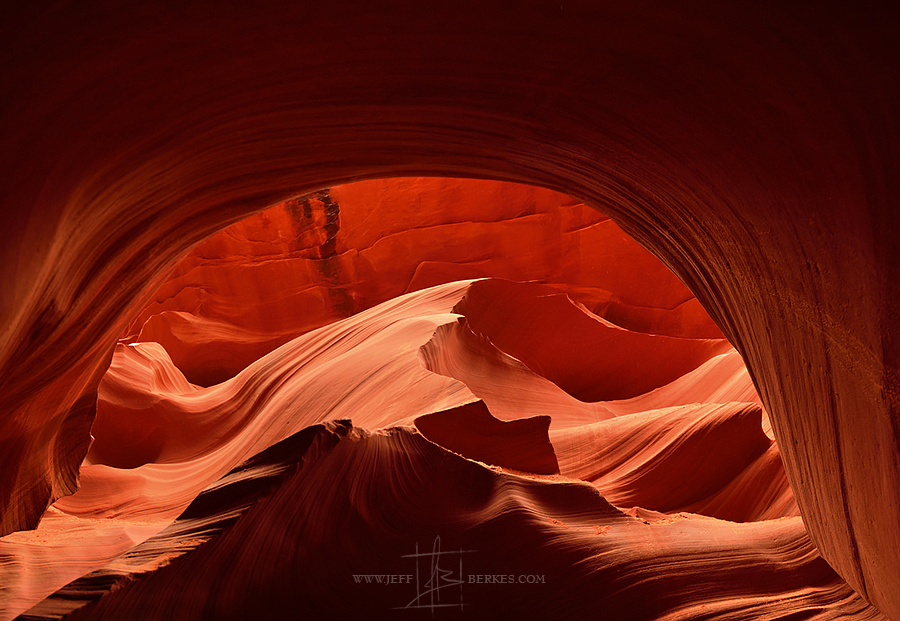 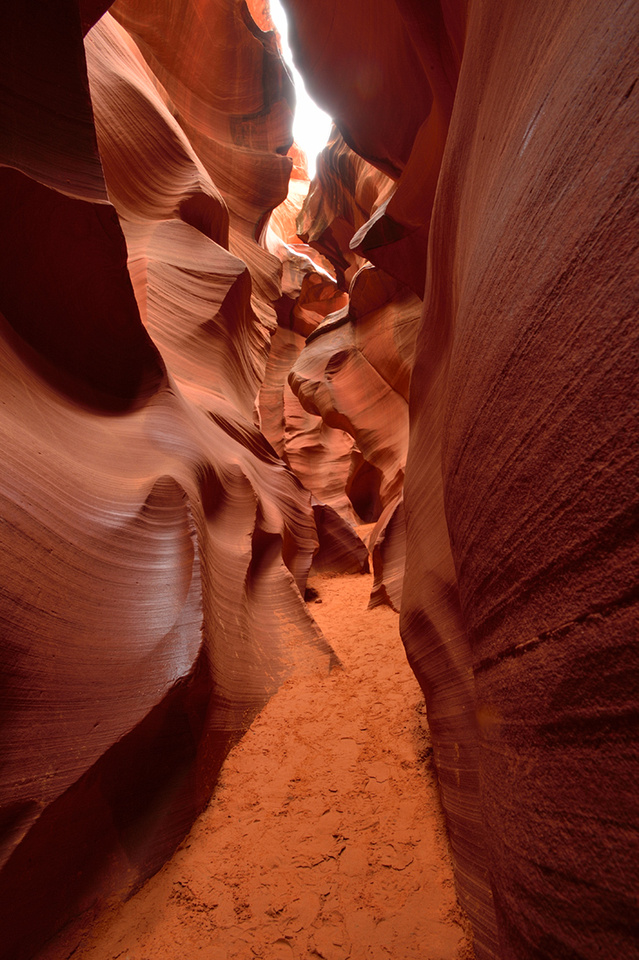 Lower Antelope Canyon is narrow, but I feel has the best photo opportunities and is less crowded. 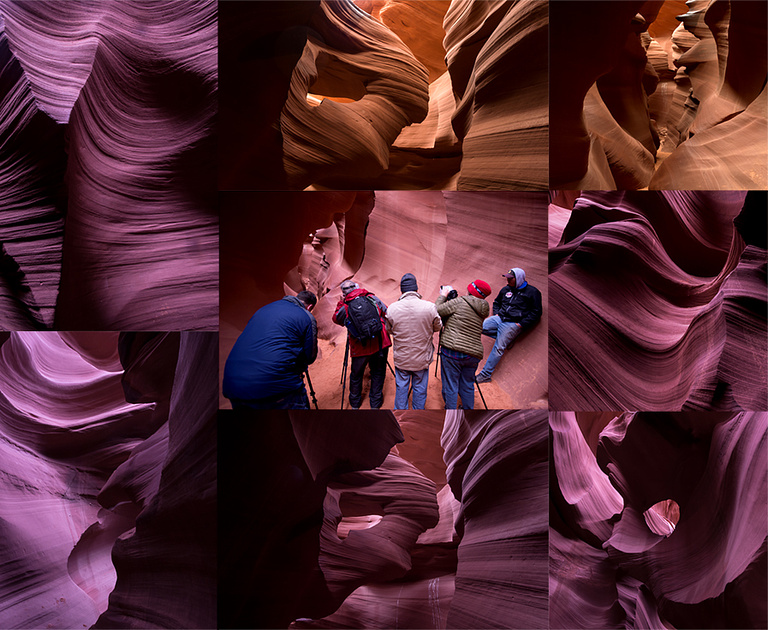 After our tour of Lower Antelope Canyon, we took a break to dry off, get a bite to eat, and download our images. Since it rained all day long we decided to meet up for a few hours and review our images at a hotel in the area. We had a great time checking out the shots, talking about post processing and putting some panorama's together from our  previous shoots. After our post processing session, we went out to dinner to a nice Italian joint before our 2nd attempt at photographing Antelope Canyon at night. 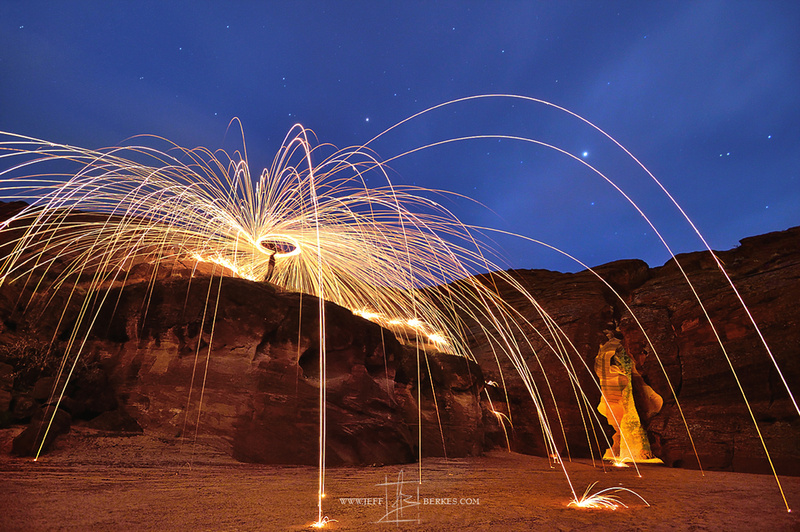 We arrived there at 8:45pm with rain and drizzle still going on. The forecast was so wrong, all week, but we can not control the weather. We went on with it regardless and spent a few hours  light painting the canyon. Around 11pm, we went outside with some steal wool and had little fun with our guide Roman. At that point, the clouds began to clear and the stars began to shine. A couple of us ran back in the canyon to get a couple shots looking up at the stars before we left. There wasn't many, but there were some. 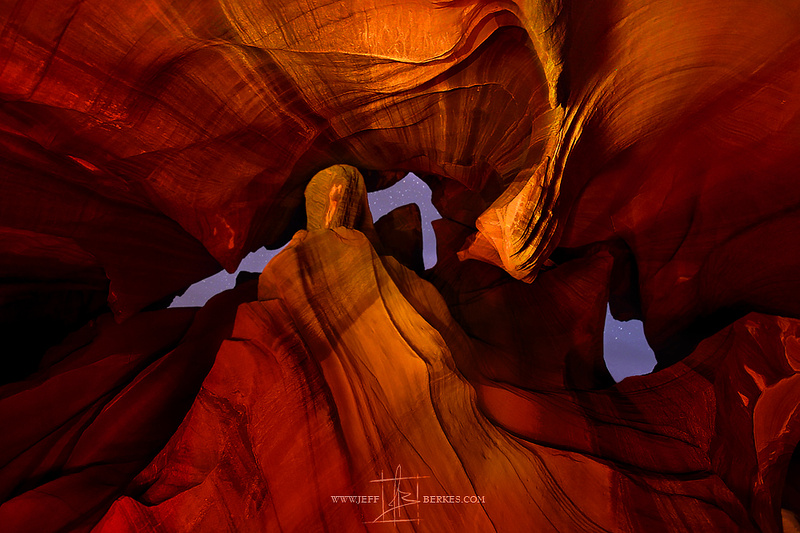 I would like to thank all of the participants who attended the Arches and Desert Southwest workshop. Many of you joined both, and it was a pleasure and an honor to spend so much time with you in so many amazing places. Workshop Alumni can receive 20% on all future workshops with me as a small thank you for your interest and support. It is very much appreciated! 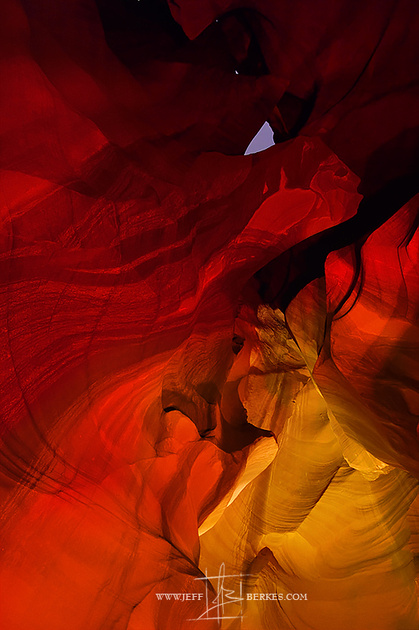 If you would like to attend a Workshop in the Page, Arizona area, please contact me and let me know! Hope you enjoyed this short blog about our adventures in the Desert Southwest and hope to return in 2018! Keep check back for as I will update my galleries in May 2017 and hopefully adding images from the participants as they come in that were taken during these workshops

Thanks and Never Stop Exploring!