My 2nd workshop of the year was a "Milky Way Madness" workshop in Arches National Park. There was many bumps in the road towards our departure dates. The Park announced that they would be closing the park  from 7pm to 7am Sunday thru Thursday Nights sometime in March or April. aMy notice of this was about 1 month before our departure. This is a major issue considering that I had planned this workshop around the moon phases and the fact that week days would possibly have less people in the park. It turned out to not work the way I had hoped and how the customers had hoped for. That goes for most things in life though... it's called life, and things do not always go the way you want them too. In the end,  it is how you move forward to overcome and adapt to situations that are placed in front of you. 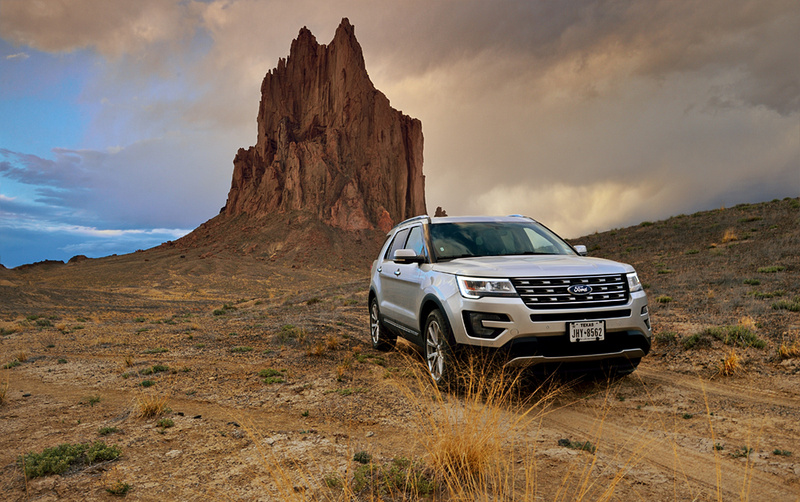 I hit the ground a day before the workshop started and took a long drive up from ALBQ to Colorado the first day. Weather wasn't the best in Bisti so I continued to move north and west toward shiprock while expecting the weather to clear up some... Which is did... in a way. Storms surrounded Shiprock gives some dramatic light to the landscape. 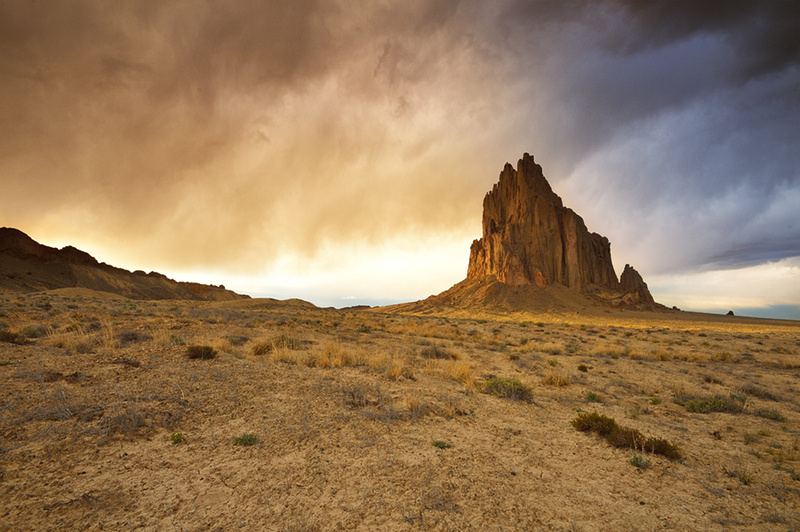 Here is a short timelapse of the sunset.

As the Sun set and the colors vanished, I made my way into Colorado and spent the night in Cortez.  The next morning I made may way through some snow enroute to Arches to get ready for the workshop that evening. Since the park was closed Tuesday through Thursday Nights, I told the participants I will extend the workshop 1 night at no additional cost to give us a shot at getting into Arches for at least one night. I made arrangements in Canyonlands and at Dead Horse State Park to host our night sky activities while Arches was closed and it worked out just beautifully. 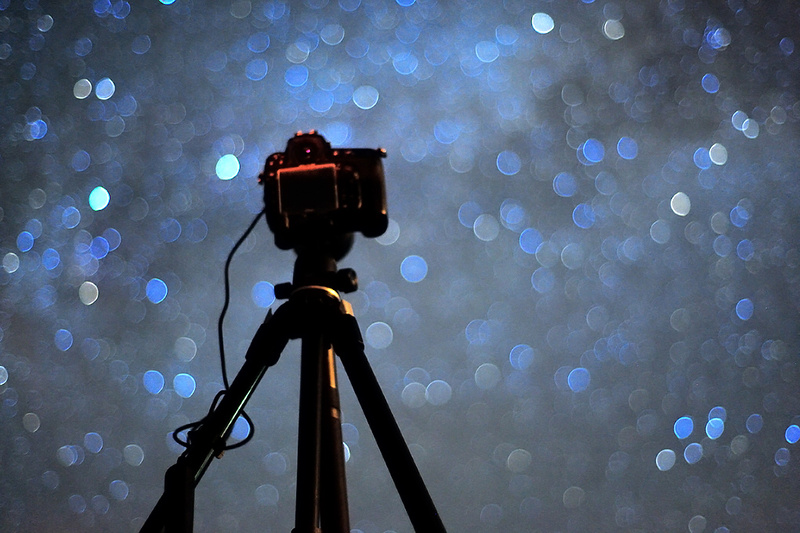 Setting up for the first night shoot! 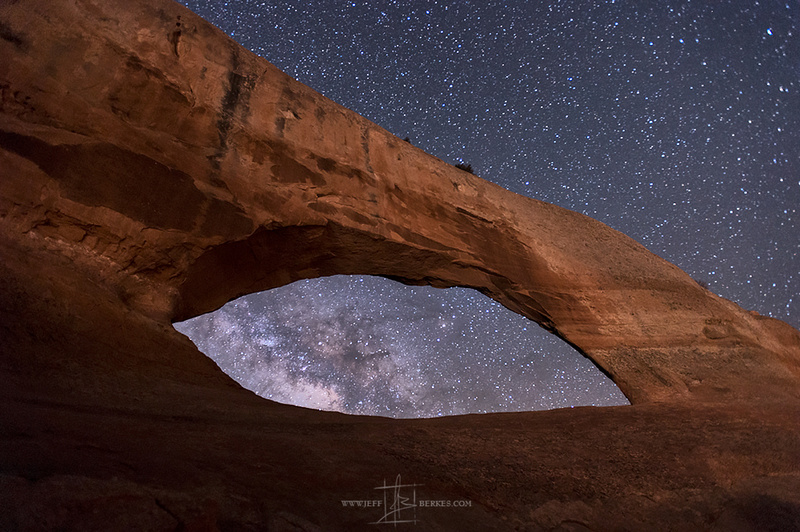 Our first night out was cold and windy, but we had crystal clear skies which what we all hope for as night sky shooters. I personally do not mind some clouds or "weather" in the shots, it makes it more interesting at times and gives it another dimension. This is Wison Arch, located about  25 miles south of Moab and outside of Arches National Park. When I heard of the closures, I knew this Arch would be a great replacement for some of the spots in Arches that we could not get to because of the nightly road closures.

After some time at Wilson Arch, we moved to a new location so we could get a wide variety of photos on the nights that we had clear skies. This is a short drive from Wilson Arch overlooking the Lasal Mountains while dawn begins to break the horizon.  This is where we had some practice with panorama's in between the passing headlights from cars. 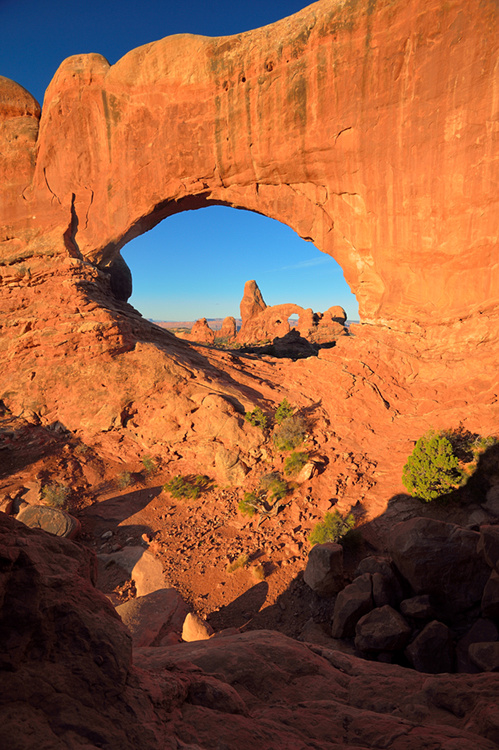 After capturing some panoramas, we waited patiently for Arches to open so we could catch the morning light in the park. This photo (above) is looking through the North Window with Turret Arch in the background. 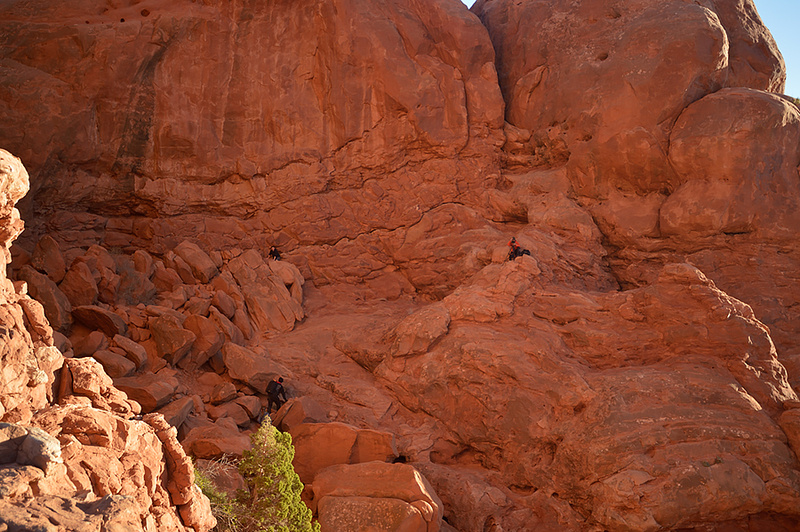 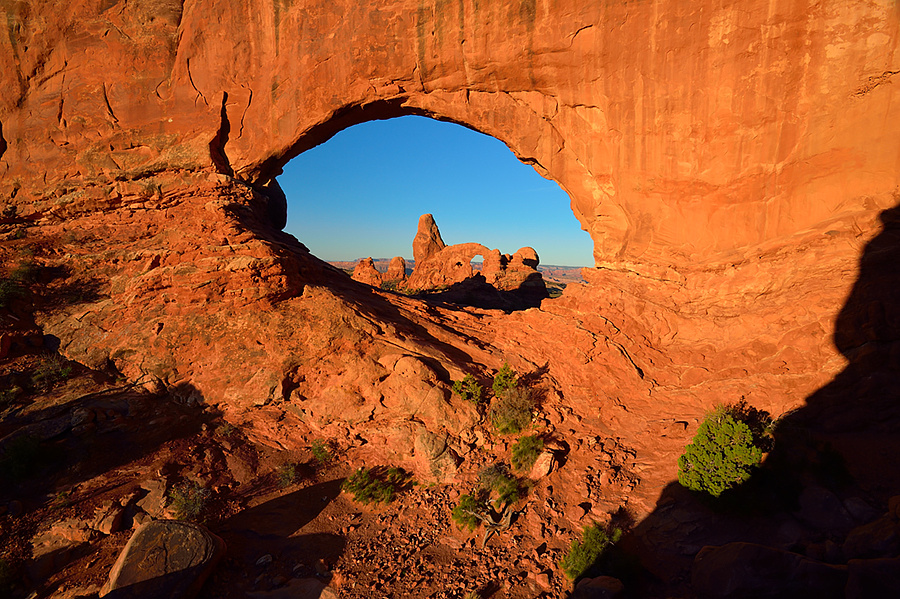 Looking Through the North Window at Sunrise 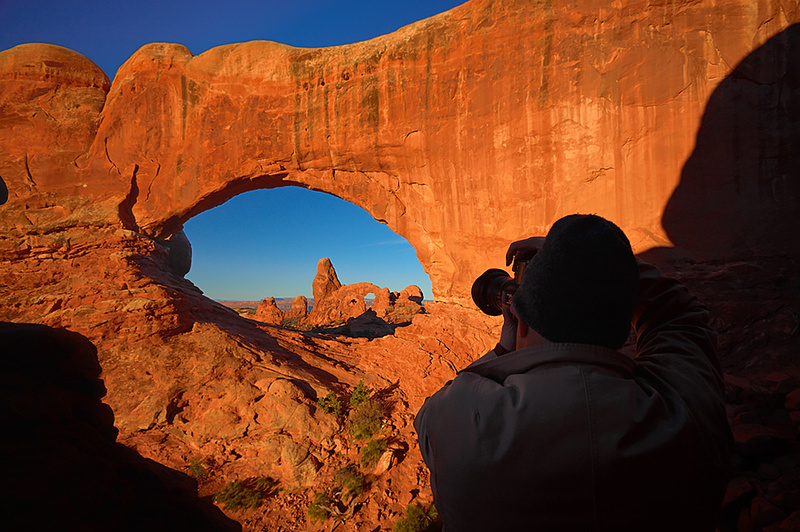 The photo above had a polarizer on it, which it didn't need one. When the sky is super blue bird and you are in high elevations, the polarizer can make the sky suffer. After I took this photos, I removed the polarizer since it was hurting the shots. 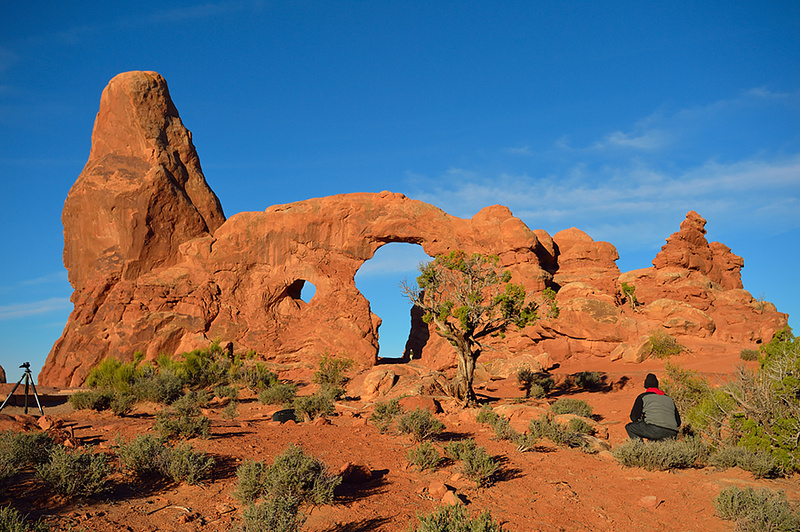 We took a quick swing by Turret Arch too! 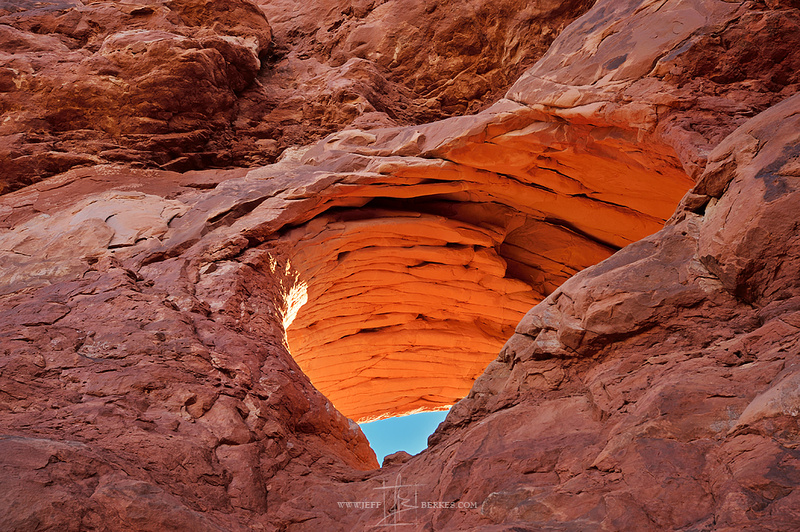 Detail shot (above) of the hole (below) 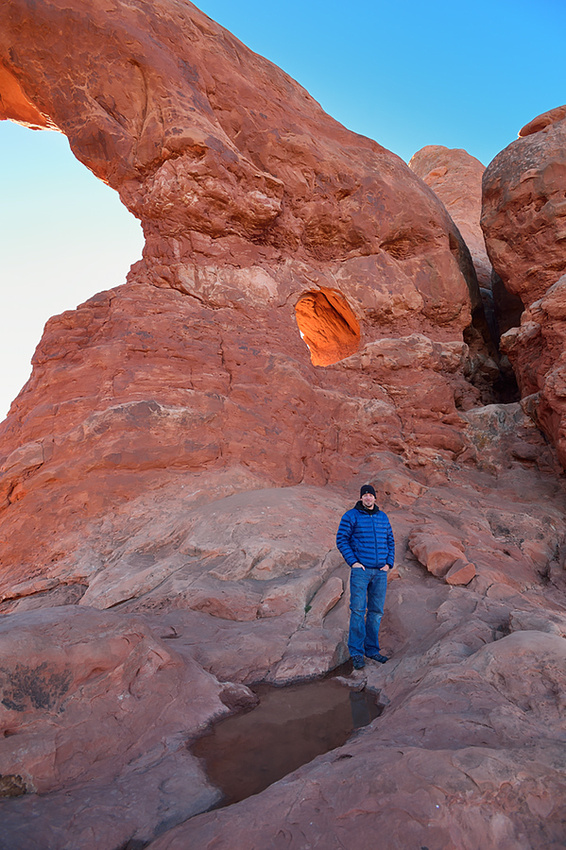 Someone offered to take my photo so I couldn't resist. 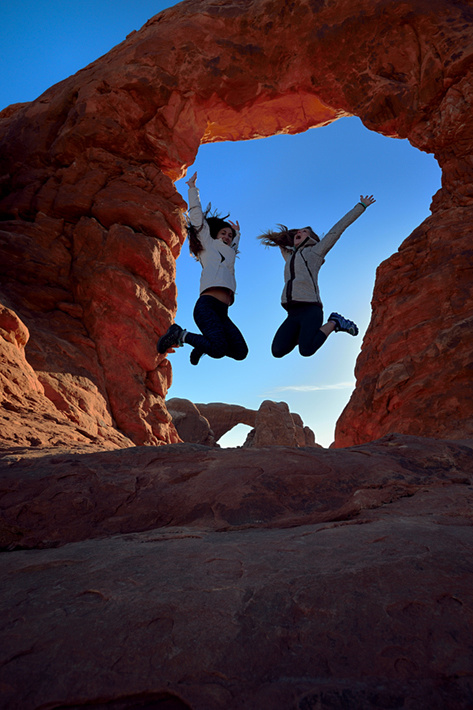 Walking around with a big camera attracts attention at times. A couple of older ladies wanted a photo of them jumping in from of the Arch and asked me to take a photo for them. I always say yes, so I took some shots for them but didn't know other people were watching this happen. So I ended up taking pictures for 6 other people while they jumped in front of the Arch. It was pretty amusing. 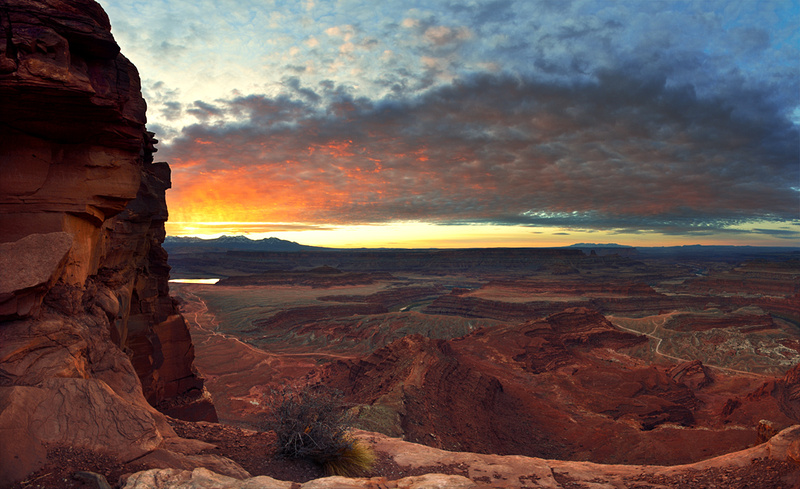 After our morning hikes, we regrouped back up at Dead Horse Point for our Sunset and Night Sky Shoot which went very well. The photo above is from sunrise the following morning after a long night out under the stars.

We set up in Dead Horse after sunset and used some light painting to illuminate our foreground. 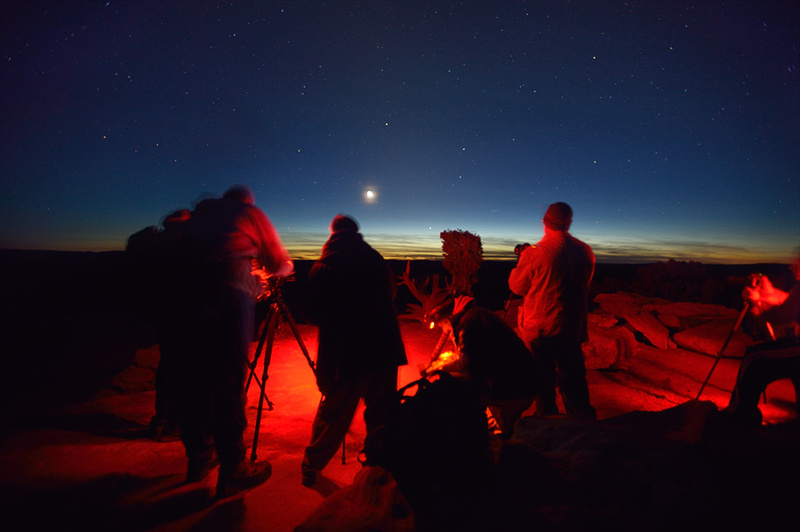 Here is the result from one of our light painting shots. 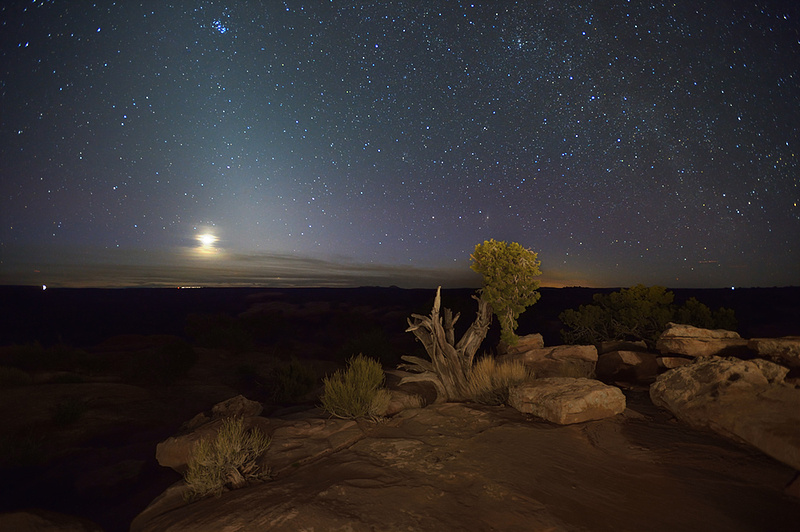 Each photo can, and usually does give you different results, that is unless you put your light source on a stand, don't move it and keep the light power the same. 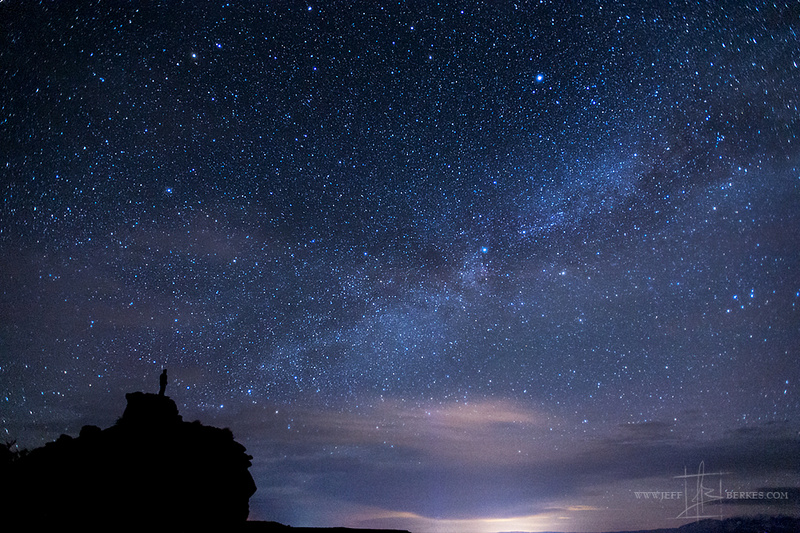 It was a great night out with a few wispy clouds floating by at times.  While everyone was shooting their panoramas I walked down the trail to find some other interesting shots to try out, and I found one standing on top of a cliff. 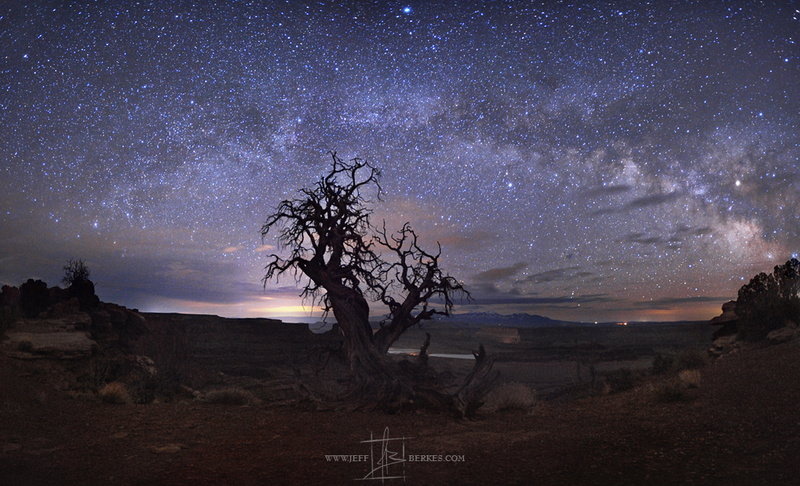 This panorama was made in Dead Horse State Park. You can see light pollution from the town of Moab, UT just east of the park. 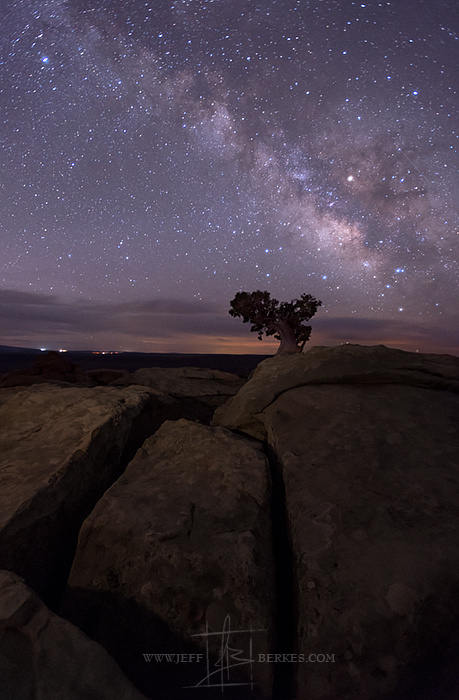 Some very subtle light painting on the tree does enough to bring out the detail in the shadows while maintaining a natural look. 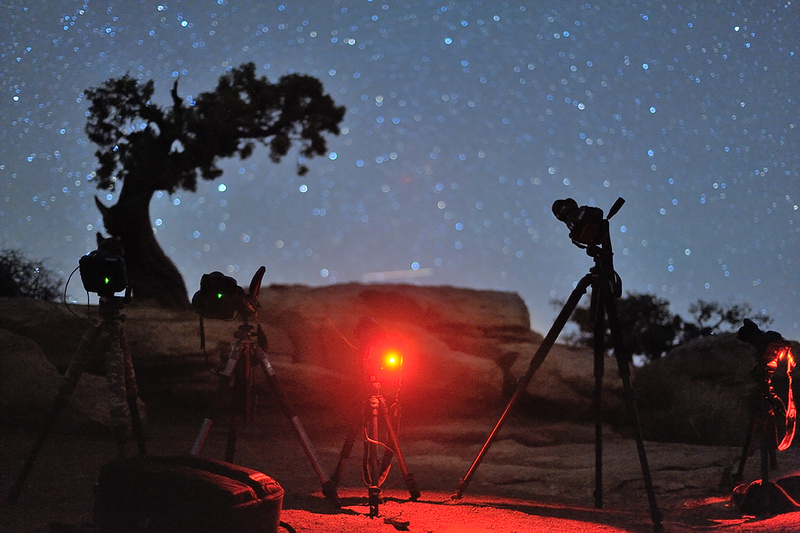 Earlier in the night we set up a 1hr 45min startrail. While our camera's worked, we relaxed, talked and enjoyed the beauty of the night sky. (Below) is one of the results from our Star Trail Shoot. Photo by workshop alumni Rob Akans Photography. 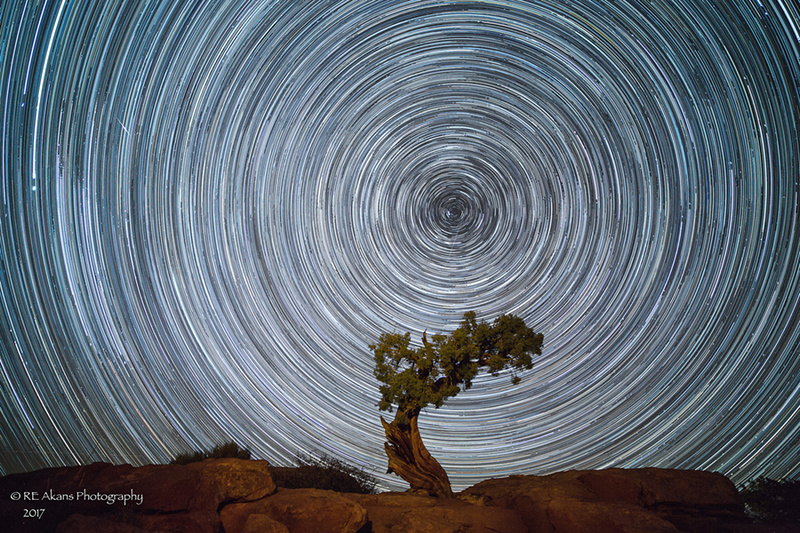 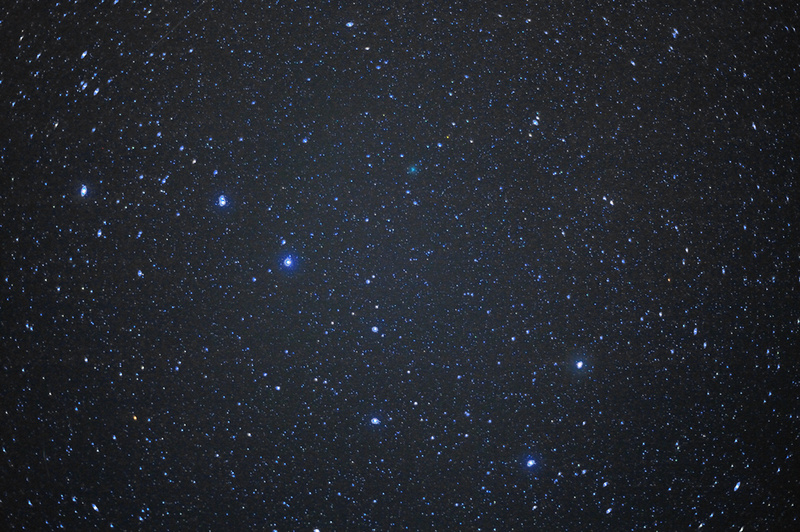 We even enjoyed a faint comet... Can you see it in the photo above? The little blurry green fuzzball over the big dipper? 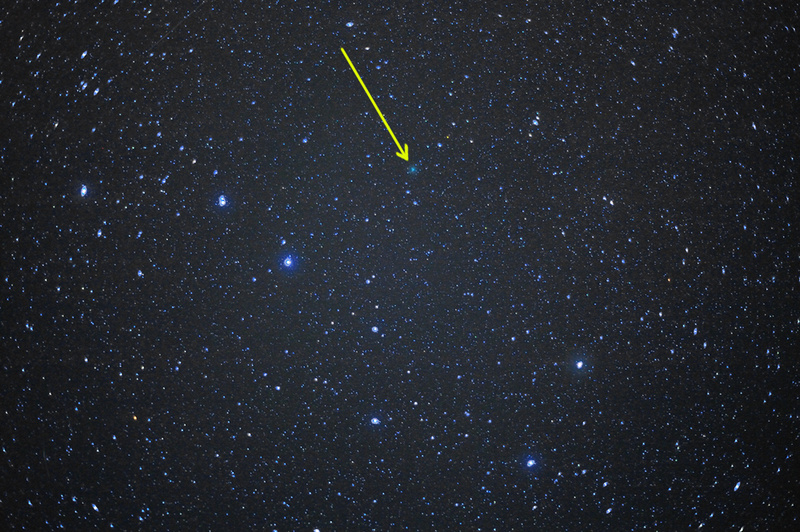 The Comet's closest approach was a few days later on April 1st, 2017 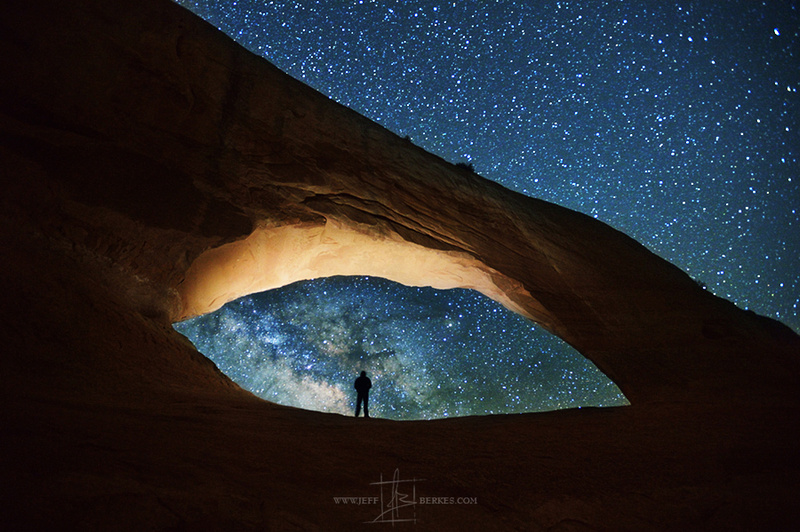 All in all it was a fantastic trip. Even though we stayed an extra night to try and get into the park on a Friday night, it was cloudy and rainy the entire time. We all managed to get some amazing shots in Arches, Canyonlands as well as in Dead Horse State Park.With a series of low pressure systems sipping down into the 4 corners regions, we were in and out of the weather the entire time, but we made it work.  We saw alot locations during this workshops like Delicate Arch, Landscape Arch, Mesa Arch, any others. I had a lot of fun with everyone and can't wait to share some of their images with you in the near future.

This was the first leg of the trip... The 2nd leg consisted of Monument Valley, Lower Antelope Canyon, Upper Antelope Canyon and a few other places.. Those pics will be up under the Blog post for my "Desert Southwest Photography Workshop" soon! 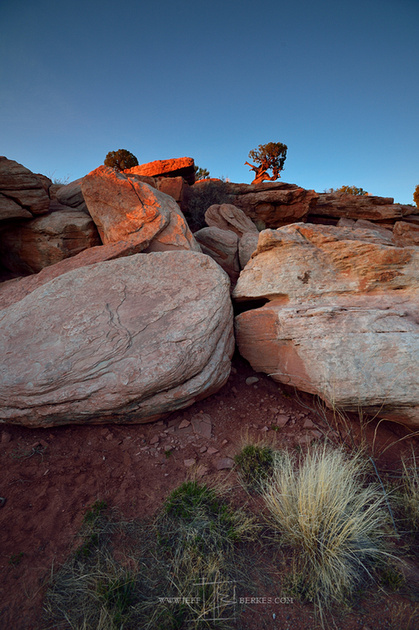